ADDITION OF STORIES AT THE DIAKONIE HOSPITAL IN STUTTGART 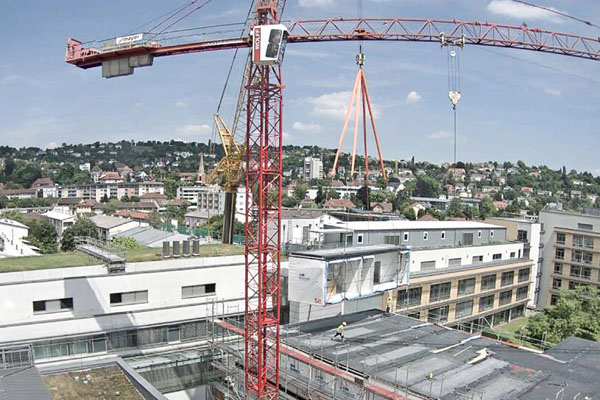 Last week the 48  modules prefrabricated by ADK Modulraum were supplied for the new section of the building of the hospital. The modules were liftet over the existing 5-storey hospital, because the new building is located in the courtyard.

The 2 ½ storey extension of the hospital's consists of two cardiac catheterization measuring stations, class rooms, staff rooms and offices. The 1 ½ storey technical center supplies the entire hospital. The total gross area is 1,592 qm. About three passageways, including a 2-storey, the main building of the hospital is reachable.

The room modules were prefabricated in the factory ADK in Neresheim. In particular, the LHKM's and the Technology Center have been installed and equipped here. Due to the high degree of prefabrication of this building a final assembly and the creation of the facade are only necessary. The new extension can be occupied in shortly and the final completion is scheduled for late August. The construction period was only 5 months.