The Wirtschaftsförderungsgesellschaft Ostwürttemberg WiRO  has organized a delegation trip to Munich. Eleven participants started at the fair tour, which led them to the ADK module booth. 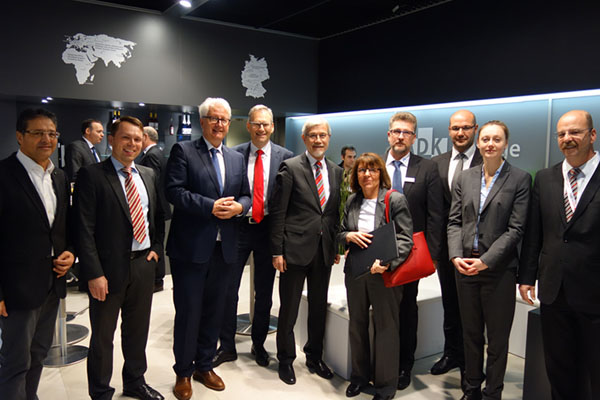 Rainer Jordan from ADK presented the latest developments in the area of hybrid module construction and explained the current construction progress of the expansion of the Voith Arena Business Club in Heidenheim. 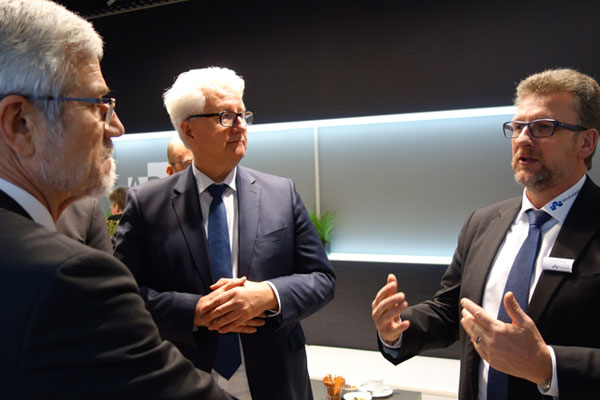 The success story of the 1. FC Heidenheim 1846 football club impresses with its rapid development. The rise to the Regional League South 2008 was followed by a rise to the 3rd league, which led to the championship in the 2013/2014 season and the rise to the 2nd Bundesliga. At the moment the 1.FCH occupies 4th place in the 2nd league. Now the VIP area had to be enlarged. 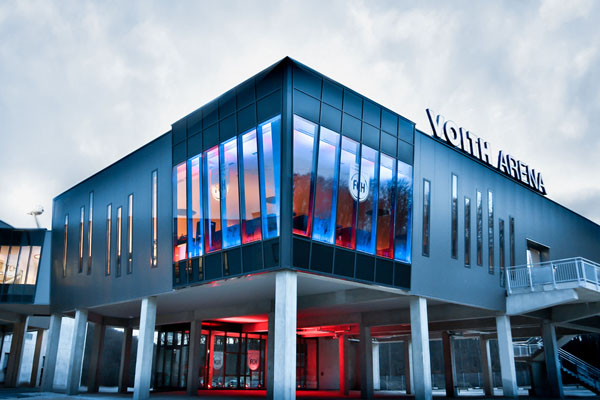 ADK Modulraum was commissioned as a general contractor, as in the case of the first enlargement. The monster modules of up to 19 meters in length and 6 meters in height were almost completely prefabricated at the ADK factory in Neresheim. Sword transports to the destination followed with the largest room modules in Europe on the road.

Trade fairs with a focus on modular construction

The BAU is already setting standards for the quality of the exhibitors and their booth  presentations, this is even more true for the supporting program. The three trade fair foremosts were once again a public magnet. In the middle of the halls (C2, A4 and B0) you could place there almost in advance - and free of charge! - "take away the big topics of the industry," explained by independent experts from the fields of architecture, research and industry. The presentations focused on the digitization of planning and building, modular serial construction as well as the topic of "smart": Forum B0 also focused on practical solutions for the renovation and modernization of buildings, as well as the day of real estate management and university day took place.

From over 250,000 visitors came to the BAU 2017 for the first time 80,000 from abroad. BAU, the world's leading trade fair for architecture, materials and systems, has once again made a significant contribution to international expansion (2015: 72,000 visitors). BAU once again underlined its reputation as an architects' fair with 65,000 visitors from architecture and planning offices. With 2,202 exhibitors from 45 countries, a new record was also achieved on the exhibitors' side.

The next BAU will take place from 14 to 19 January 2019 with two new halls on the grounds of Messe München. The exhibition area is enlarged to 200,000 square meters.
(Sources partly from the final report BAU 2017)