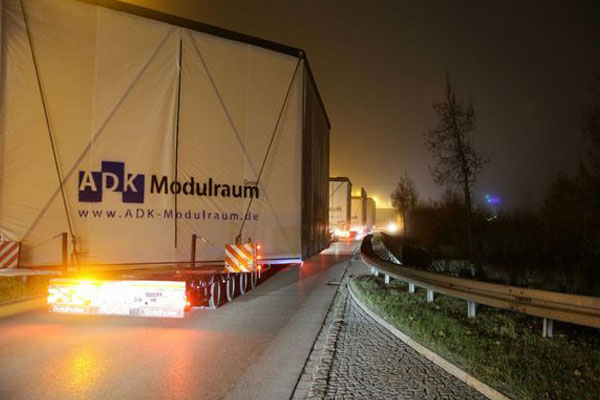 Module parts for Voith-Arena: A road sign stops the journey. 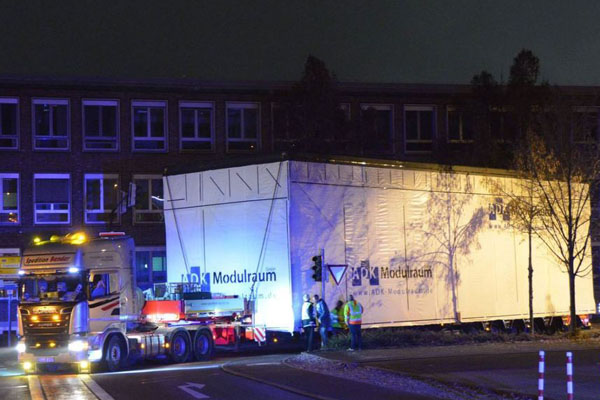 On the Monday evening, many heavy haulages were carried through the city with components for the new business club of the 1. FC Heidenheim - until a traffic sign stopped the journey of the giants.

They bring huge modular components for the recent expansion of the FCH business club at the Voith Arena: On Monday evening, many heavy haulages transported from Neresheim to Heidenheim. So far so good. The journey - as is customary for such convoys - took place slowly, but steadily.

Until there was an abrupt end between Friedrich-Ebert-Strasse and the "Ohr" on the B 19. The reason: a traffic sign attached to it stood in the way of the transports.

At a late hour, the Heidenheim Fire Department arrived at around 11 pm to remove the disturbing shield with the aid of a crane. Until just before midnight, the B 19 was therefore blocked for the rest of the traffic. A redirection has been established.