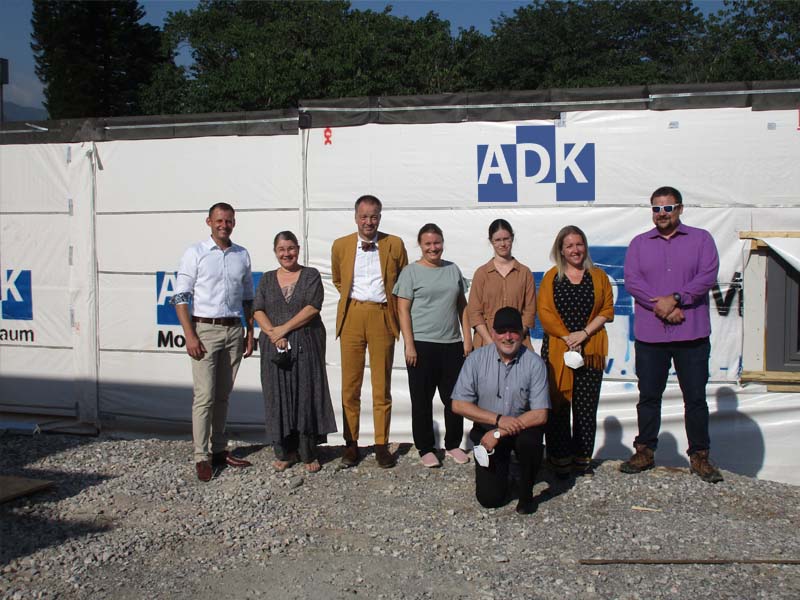 ADK Head of Project Management Sebastian Schmid (1st from left) with German Ambassador Bernhard Schlagheck (3rd from left) and the team of the German Foreign Office in Pakistan.

The starting signal has been given for the construction of a total of 4 new embassy buildings with a total area of approx. 3,200 m² on the premises of the German Embassy in Islamabad/Pakistan. ADK is the only manufacturer of prefabricated buildings in Europe to meet the required bullet resistance class and was thus awarded the contract. All security requirements of the modules for the German Embassy meet the highest international standards.

In the first construction phase, 20 modules consisting of the extension of the visa office and a technical building were delivered by ADK in mid-September and assembled on site. Completion of this section is scheduled for the end of the year.

In the second construction phase, another 88 modules will be delivered in March 2022 for the new office building.

The head of ADK's project management department, Mr. Sebastian Schmid, invited the German representation in Islamabad - Ambassador Bernhard Schlagheck with his team, to a first on-site inspection of the construction.

The explanations of Sebastian Schmid about the ADK modular construction were followed with great interest. The great anticipation of the embassy staff for the new buildings was clearly noticeable. 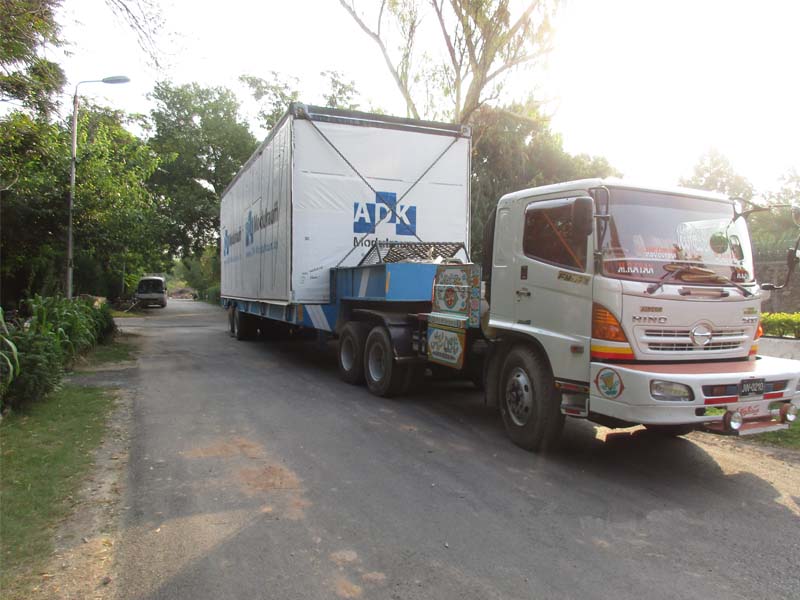 The first building modules have arrived safely at their destination in Islamabad. A total of 108 modules are being transported from the plant in Neresheim, BW Germany, by land and sea to Karachi and from there over 1,500 km further through impressive Pakistan to their destination.