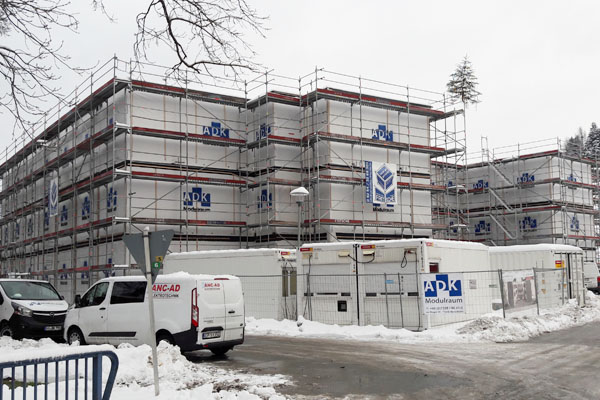 As planned, the first residents will be able to move into their apartments on 1 May.

After prefabrication at the ADK plant in Neresheim, the equipped room modules were transported to Warmensteinach. As planned, final assembly is now carried out. On approx. 3,565 square meters, more than 60 nursing apartments are being built on 3 floors, around half of which have already been rented.

Katharina Bichert, owner of the family-owned company Vivere Landhaus GmbH as operator, speaks of a very positive response from the new retirement and nursing home. Both the location and the attractive architecture convinced the many new residents. Even those who have "moved away" move back to their old homeland. The care concept of the Bichert family is also convincing. In addition to the care, they attach great importance to individual care.