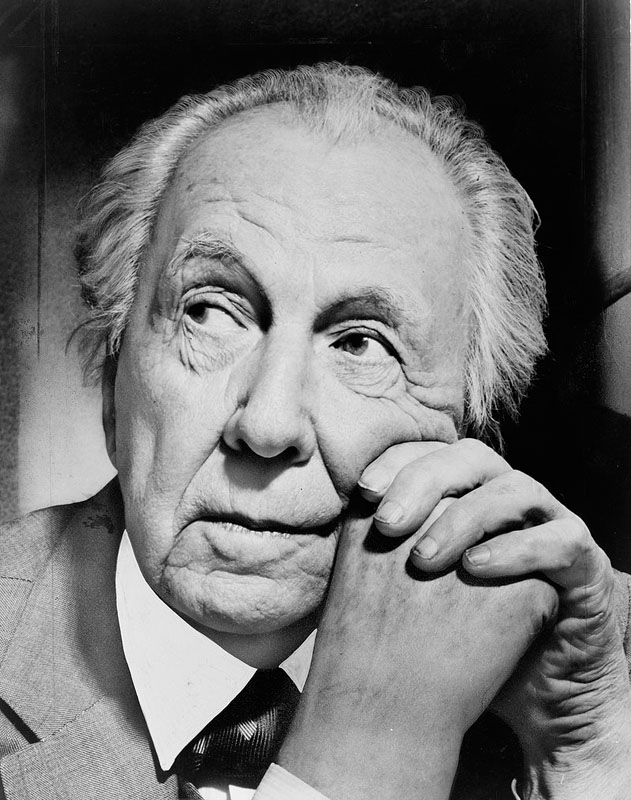 Wright was raised in the countryside of Wisconsin and starting in 1885 studied at the University of Wisconsin, but left in 1887 without graduating - he obtained an honorary doctorate from the university in 1955. After that, he joined the architectural office of Joseph Lyman Silsbee in Chicago, but left the company in the same year to work at the office of Dankmar Adler and Louis Sullivan. In 1893, he founded his own company at his new residence Oak Park, a suburb of Chicago. By 1901, he had developed around 50 projects. His employees included, among others, Walter Burley Griffin and Marion Mahony Griffin, who would later become his wife. Until around 1910, he principally created so-called prairie houses. The buildings are distinguished by their horizontal line layout. Correspondingly, the windows were arranged in horizontal rows. The roofs were executed as flat or hipped roofs with far-overhanging eaves. The goal was to achieve a high degree of integration of the buildings into the countryside - especially the typical countryside of the Midwest: the endless prairie.

His close contact with the countryside of his home state of Wisconsin was central in his later work The most seamless integration possible of construction in the countryside is one of the motives behind his immense body of work. This design philosophy is applied best in Wright's most famous work, the Villa Fallingwater, built at a small waterfall for Edgar J. Kaufmann. Other famous projects are the Solomon R. Gugenheim Museum in New York, realized in collaboration with Hilla von Rebay, and the administrative building for the Johnson Wax Company. 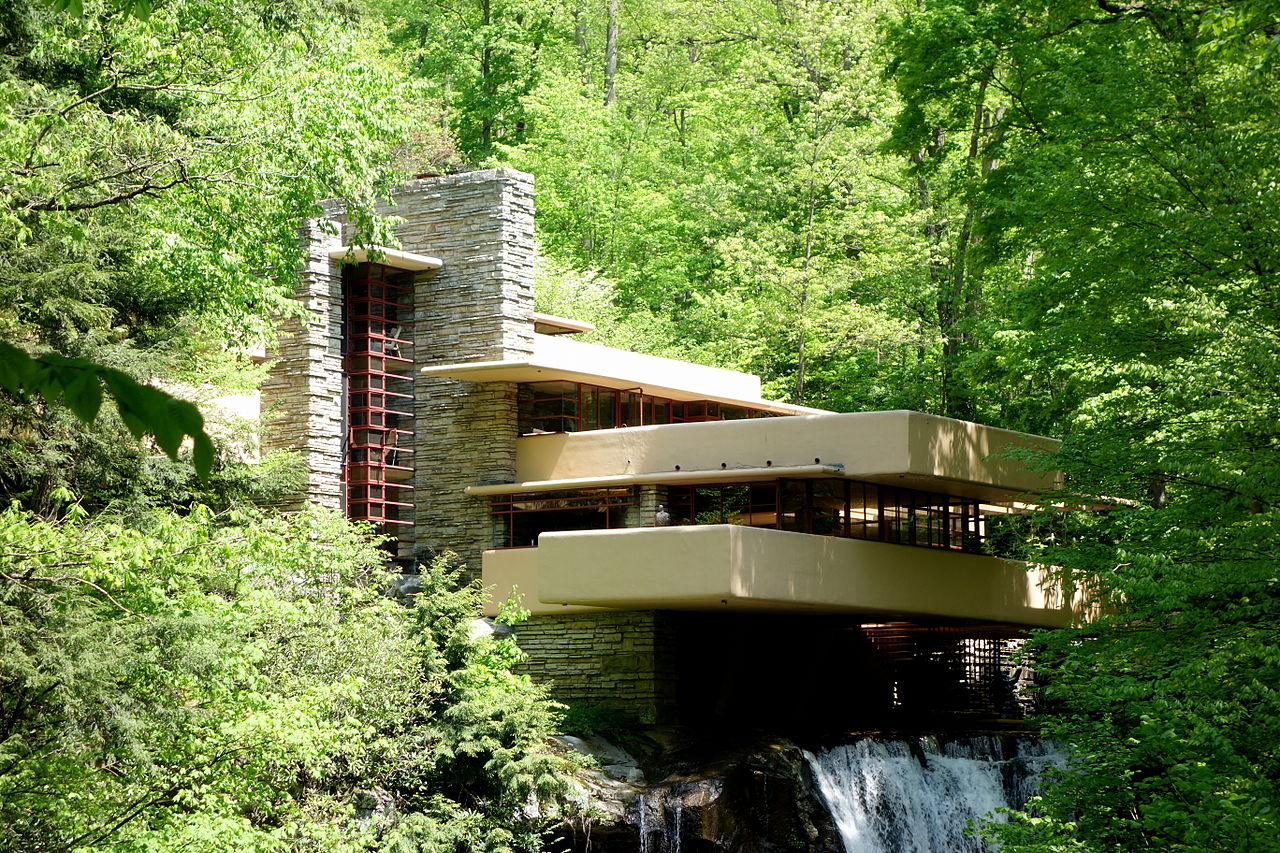 For Frank Lloyd Wright, it was actually a matter of establishing an independent architecture of the new continent, after centuries of cultural dependence on the old continent. His so-called prairie houses would be an expression of the American spirit of democracy, pioneering spirit, and unity. The most important element was the fireplace as a meeting place of community, around which the building was developed. The entire thing embedded itself harmoniously into the surrounding countryside.

Wright was one of the first architects to use the term "organic architecture." For him it was about an organic context of the architecture with the various elements of art, nature, and areas of human life - not so much in the biological sense.

Under the name Taliesin, Wright founded several "studios" in the middle of the American prairie that would serve as development platforms for the new, independent American architecture. Wright's office was a point of attraction for young architects around the world, who worked with him temporarily and then further developed his style later in their home countries, including on the old continent. One example is Werner Max Moser.

In his book When democracy builds (1945), Frank Lloyd Wright creates a type of utopian master plan for civilization of the 20th century.