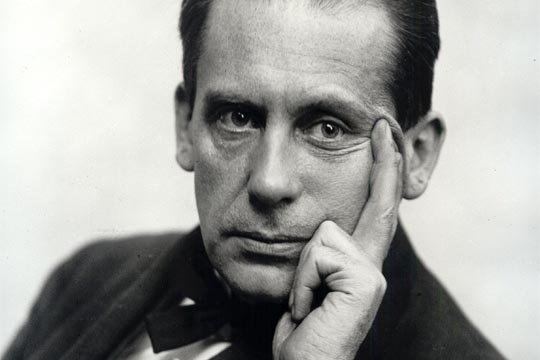 The history of the origin of modular building.

Regarded as a functionalist by his critics, exultantly supported by his students. The founder of the Bauhaus school never became as famous as his companions Mies van der Rohe or Le Corbusier. It's no wonder. His talents were hidden.

Walter Gropius was a great-nephew of the architect Martin Gropius. His parents were the secret government building officer Walter Gropius and Manon Gropius, the daughter of Georg Scharnweber. In 1910, he met Alma Mahler, the wife of the composer Gustav Mahler, and began an extramarital affair with her. In 1915 - four years after Gustav Mahler's death - they got married. After her early death, their daughter Alma Manon (1916-1935) became the subject of a musical memorial with Alban Berg's violin concerto Dem Andenken eines Engels and of a literary memorial by Franz Werfel. They divorced in 1920. In 1923, Gropius married journalist Ilse Frank (1897-1983). They had no children.

In 1903, Gropius began an architecture degree at the Technical University of Munich, which he continued at the Technical University of Charlottenburg after 1906, but he cut his studies short in 1908. In the same year, he joined the office of Peter Behrens, in which other architects who later became famous also worked, among others Ludwig Mies van der Rohe and Le Corbusier. After a two-year employment with Behrens, Gropius established himself as an independent industrial designer and architect in 1910. In the same year, Gropius joined the Deutscher Werkbund (German Association of Craftsmen) through Karl Ernst Osthaus. In 1912, he organized a collection of exemplary designs for factory goods for the German Museum for Art in Trade and Craft, which was founded by Osthaus with the support of the Association. As a designer, he designed interiors, wallpapers, commercial furniture, car bodies, and a diesel locomotive. His first significant architectural work was the Fagus factory in Alfeld an der Leine, which he built together with Adolf Meyer. With its steel and glass architecture, this factory building is considered an influential work of the later so-called "Modern Architecture," which became a common term in the 1920s under the title "New Construction" or "New Objectivity." The Fagus factory was declared a World Heritage site by UNESCO in June 2011. 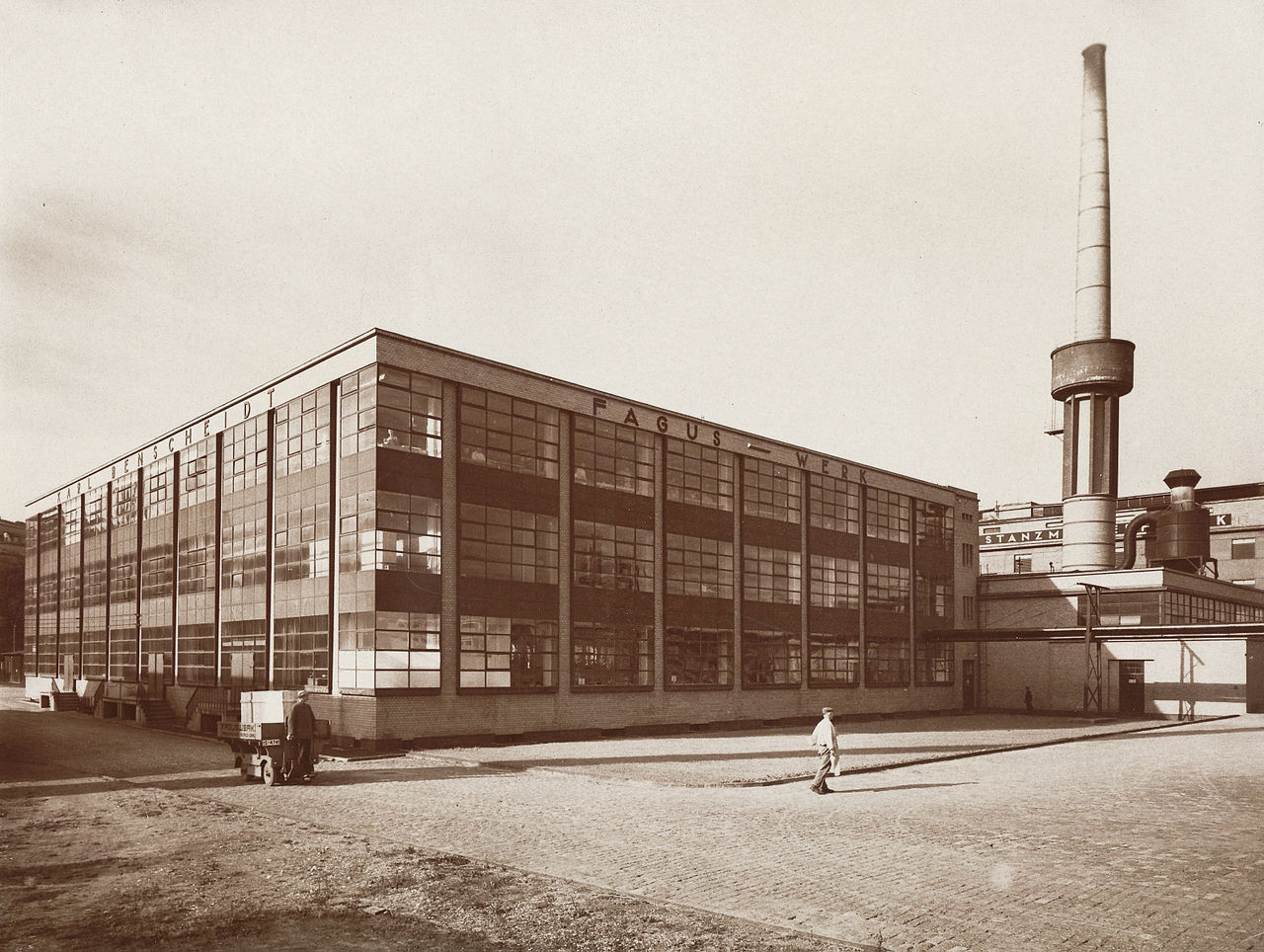 For the Exhibition of the German Association of Craftsmen in Cologne in 1914, Gropius and Meyer built a model factory, which would similarly later prove to be a significant contribution to modern architecture. The special features of this construction were round, glazed stair towers, which were commonly used as a creative motif by Erich Mendelsohn in his warehouses later in the 1920s.

After the World War I, Gropius became the founder of the Bauhaus school: In 1919, upon the recommendation of Henry van de Veldes, he was appointed as the successor to the principal of the Grand Ducal Saxon Academy for the Fine Arts in Weimar (Thuringia) and gave the new school the name "State Bauhaus in Weimar." Gropius held the position of principal (first in Weimar until 1926 and afterwards in Dessau). His successors were the Swiss architect Hannes Meyer in 1928 and Ludwig Mies van der Rohe in 1930, who headed the Bauhaus school until its closure in 1933.

Starting in 1926, he occupied himself heavily with large-scale residential building as a solution for the urban planning and social problems, and advocated for the rationalization of the building industry. In 1927, Walter Gropius co-founded, with Erwin Piscator, the project Total Theater, which aimed to eliminate the spatial division between actors and the audience. In 1934, after the National Socialist attacks on the Bauhaus school as the "Church of Marxism," Gropius emigrated to England and in 1937 to Cambridge in the USA, where he worked as a professor of architecture at the Graduate School of Design at Harvard University.

From 1941 to 1948, Gropius collaborated closely with Konrad Wachsmann. They developed and produced among other things the famous General Panel System.

In 1946, Gropius founded the group The Architects Collaborative, Inc. (TAC) as a union for young architects, which would simultaneously become a manifestation of his belief in the importance of teamwork. One of the team's works is the Graduate Center of Harvard University in Cambridge (1949/1950).

In the last years of his life, Gropius often worked in Berlin again, where he built, among other things, a nine-story residential block in the Hansaviertel in 1957, in the framework of the Interbau housing development. The concave south side and the open ground floor in this building are considered a typical example of "late modernism."

In the early 1960s, Gropius advocated for the preservation of the former Berlin Museum of Decorative Arts, which his great-uncle Martin Gropius had designed. The building was placed under preservation order in 1966. He did not live to see the later reconstruction to its use as the Martin-Gropius-Bau museum.