In Offenbach, an extension to the Sana Hospital Offenbach with a gross floor area of ​​1,035m² is being constructed. In the two-storey building, there will be three new operating theaters, which have already been equipped as required by ADK as a general contractor in the factory. Around the same time as the transport begins, the final assembly of the extension begins. Due to the very short construction time on site, the hospital patients are not disturbed unnecessarily long. On January 29, 2019, the handover of the operating room is planned.

On November 7, 2018, the heavy transport of 21 modules to the Sana Hospital began. A total of approximately four transport journeys, each with five to seven trucks, are required. The whole thing is also a challenge for the drivers. They are only allowed to transport the heavy loads at low traffic during the night and then return to the ADK plant in the morning. They can rest there, before they make their way back to Offenbach, which is 250km away. 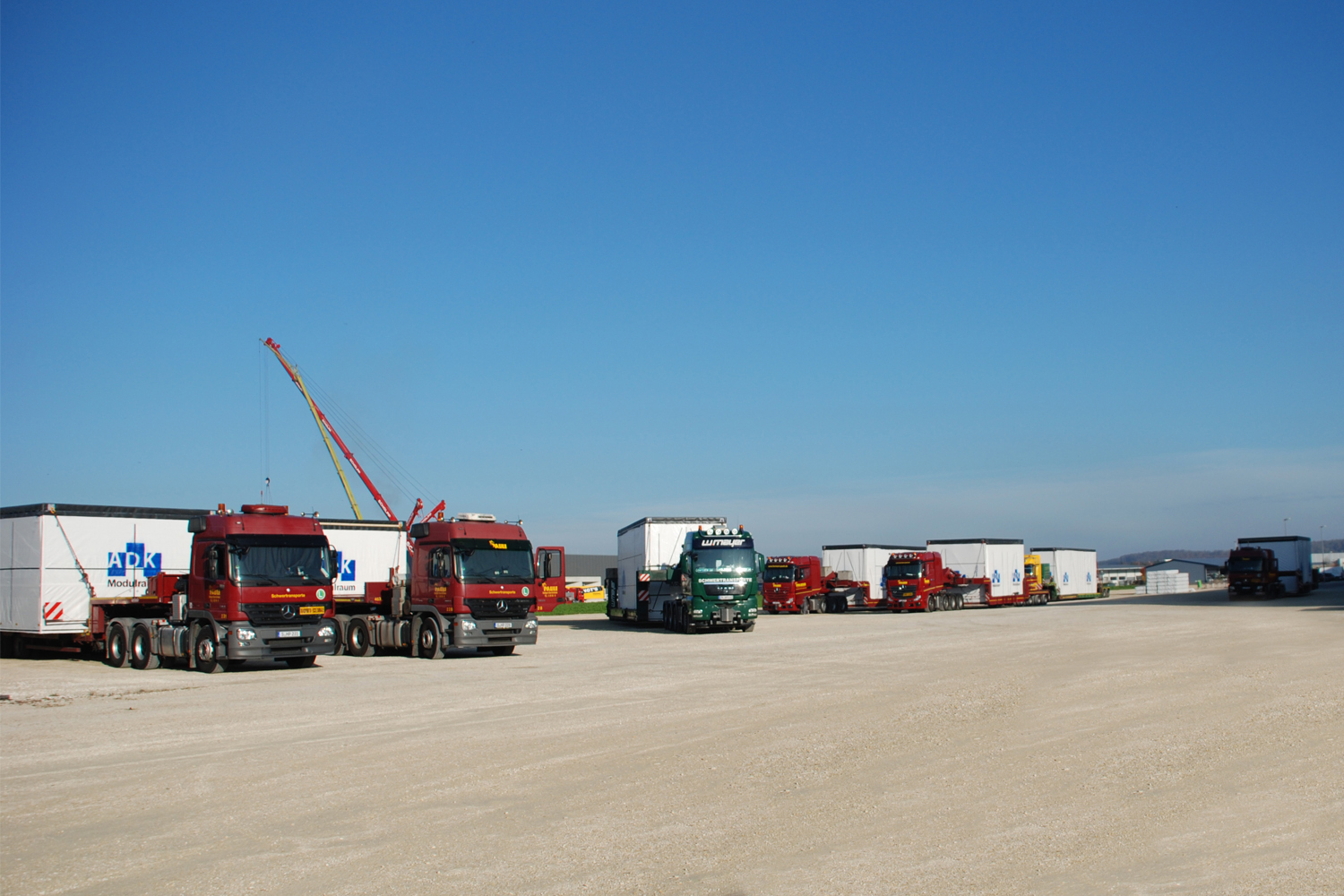 Loading of 14 modules, some of which are over 20m long, at the ADK plant in Neresheim for the ...