A pioneer in the use of prefabricated elements who experimented with standardized elements as well as with his personally developed modules.

For more than fifty years, Wachsmann did research in the field of industrialized construction. Educated as a joiner and carpenter at the Kunstgewerbeschule (school of arts and crafts) in Berlin and Dresden (under Tessenow and Poelzig), Wachsmann worked as an architect in the years 1926-29 at what was then largest European timber house factory, Christoph & Unmarck AG in Niesky. As early as 1925, Wachsmann developed a prefabricated timber house system for single-family houses, which was used in the country house of Albert Einstein in 1928 or 1927 at a tennis center in Berlin. 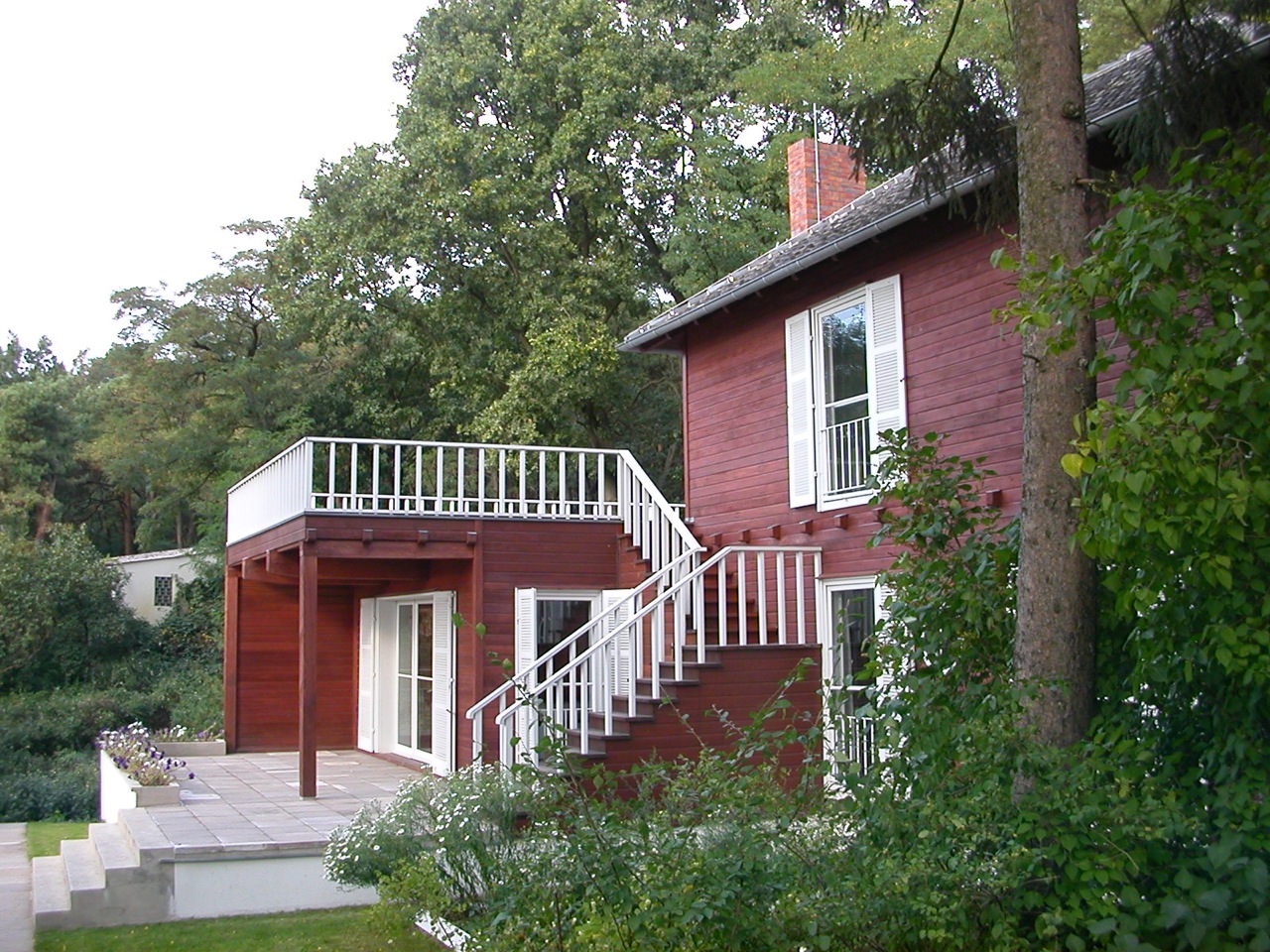 After his emigration to the USA in 1941, Gropius associated with Wachsmann. Together, they perfected the prefabrication of metal building elements, which Wachsmann had begun in 1931 in Germany, and in 1941-45 they developed the first so-called "packaged house system", a type of modular construction system. The General Panel Corporation they founded together is, apart from the inventions of the American Bogardus in the 19th century, probably the first fully automated factory for the production of building elements. Wachsmann's intent applied primarily to the technical mechanism in combination with consistent, standardized elements to achieve the largest possible variety of arrangements with the smallest possible variety of parts. His construction system for hall buildings - the "Mobilar Structure Building System" (1946) - for example to use as aircraft hangars or exhibition architectures, was the epochal result of his deliberations. Wachsmann regarded the development of connection pieces of such systems as an especially important task, as they so broadly define the features of a structure.

As a professor at the Illinois Institute of Technology in Chicago (1949-64) and founder of the graduate program in industrialization at the University of Southern California in Los Angeles (1965), he devoted himself to the efficiency of construction systems and their mass production until 1973 (emeritus).